So it has been a while, but I am finally going to review Jason Bourne. I have been putting off this review because I really had to collect my thoughts after watching it. It is not a bad movie, but it is a largely disappointing movie that does not bring anything new to the pre-existing Bourne films.
Jesus christ, that’s Jason Bourne
The best part of this film is Matt Damon. He slips back into the role of Jason Bourne remarkably well. He handles the physicality of the character as well as ever, but now he also exhibits a sense of vulnerability. As for his motivations for coming back after the government, they are undeserved. The film tries to craft a good enough reason for Bourne coming out of the shadows, but it never really worked for me. Mainly because they decided to add another element to his past. I understand that his memories slowly return over time, but it felt far too convenient for me. 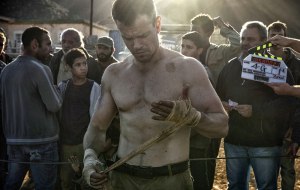 Matt Damon looks better than ever as Bourne.

The only other familiar face that returns is Julia Stiles as Nicky Parsons. She felt like she did not want to be in the film. He acting was not necessarily bad, it was just uninspired. There are several new actors that have come along, but no one really stood out. The only new addition that impressed me was Vincent Cassel as his “asset” character. He is a fairly wooden character, but he is a formidable foe for Bourne. His hatred for Bourne fuels his actions and I quite enjoyed seeing the two of them pitted against each other. The film goes on to reveal that this character has an even greater connection with Bourne, but this was something that was pretty obvious and not particularly interesting. The action and choreography of the film are both top notch. There are some standout scenes, particularly an early scene with Bourne and Parsons in Greece. This is a scene that remained very tense throughout, even though it is eerily similar to most scenes from past Bourne films. The plot itself is fairly basic. There is some new information about Bourne’s past, the government has a new agency similar to Treadstone, and Bourne has to uncover it all against insurmountable odds. It is very “been there, done that”, but I would be lying if I said that I was not entertained. The film does try to add in a couple of twists along the way, but I never found any of these twists particularly compelling.
I remember everything
Focusing on the cast again, it is a shame that the rest of the cast did not have better roles. The cast includes Tommy Lee Jones, Alicia Vikander and Riz Ahmed who are pretty much wasted in their forgettable roles. These are all top notch actors, but anyone else could have played their roles and it would not have made any difference. Tommy Lee Jones was not even giving his role 100 percent. The biggest issue with these characters in particular is that they are crucial to the plot, yet I feel like I do not know much about them. 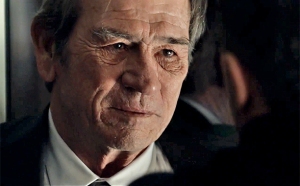 They simply feel like stock characters without any sort of personality. Riz Ahmed’s character in particular is pretty bad because his character is part of a subplot involving social media that did not work at all. His subplot was basically about how his social media company was funded by the government and they are trying to use it for surveillance purposes. It simply did not fit well with the film and did not add anything particularly new. Overall, the greatest problem with this film is the writing. It feels like the people behind this film wanted to make money off of the property instead of giving fans an exciting new chapter in the Bourne films. At this point I do not know whether another sequel will be produced, but I hope it does not. As far as I am concerned there have only been three Bourne films.
Closing Remarks
I am upset that I have to chalk up yet another disappointing review. This past Summer has truly been filled with films that did not live up to their potential. This cast and crew are better than this film, which is simply “okay”. It has its moments, but it fails to live up to the previous (Damon lead) Bourne films.

One thought on “Jason Bourne Review”